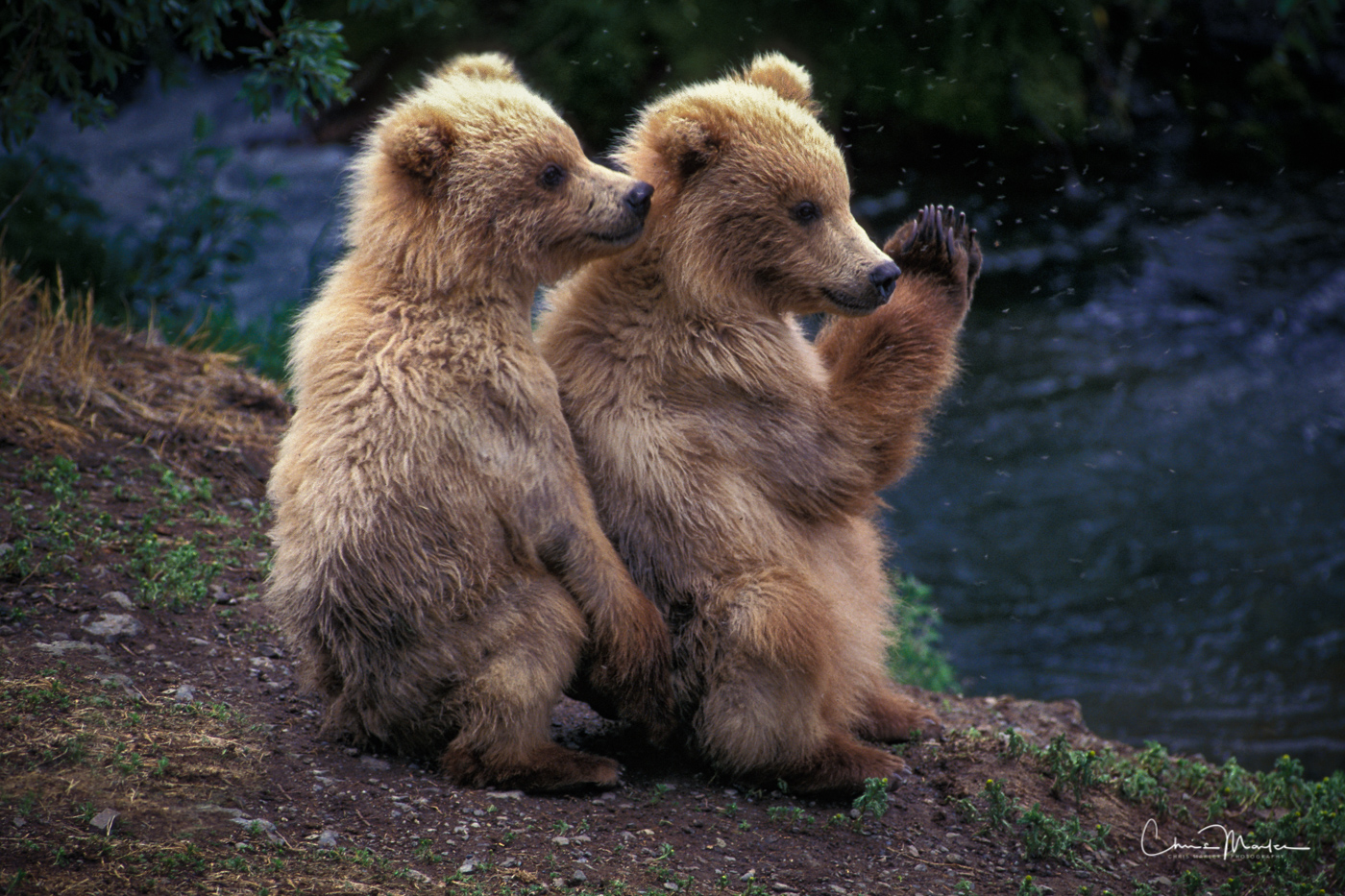 This image of two young brown bear cubs waiting for their mom to catch a sockeye salmon dinner was taken back in 1995. Yes, this photograph was captured with slide film and converted to digital later. It was such a joy to watch these two cute cubs along the banks of the Brooks River. They paid close attention to their mom, but also played around in the dirt and even took a nap. To this day, I have not witnessed another moment quite like this one. It’s one of my personal favorite wildlife photos.