In early November, I traveled to Iceland for nearly two weeks of photography and exploration. This was a bucket-list trip I had been planning for quite some time. I traveled with a small group photographers led by Sean Parker and Iceland native Thor Jonsson. So why go in November you ask? The primary reason was to photograph the aurora borealis and ice caves which can only occur from late fall through winter, plus avoid the crowds of tourists that swarm the country during the summer months. I’m happy to say all goals were all accomplished. This is a detailed account of our Iceland itinerary.

Reykjavik
I arrived in Reykjavik the day prior to the start of the workshop, which allowed me time on my own to explore the city and get accustomed to the switch in time zones. I stayed at the Foss Hotel near the heart of Reykjavik’s downtown area. I found the city to be very walkable and had no issues hoofing it everywhere I wanted to go. My first excursion was to the waterfront to see the famous Viking long-ship statue named the Sun Voyager seen in so many photographs. After a few snapshots, I then turned my attention to Harpa Hall, an incredible marvel that is home to concerts and conferences. I spent a few hours inside the geometric shaped glass building to photograph the endless number of abstract compositions. This was stop was a pleasant surprise.

The afternoon was spent wandering the unique and fun Icelandic shops on my way to Hallgrímskirkja church. This is a Lutheran church and it is the tallest church in Iceland. I was specifically interested in visiting the observation tower in the church, which provides sweeping views of Reykjavik. The day concluded back at the Foss Hotel with a get-acquainted dinner with my fellow photographers proceeded with a few beers at the on-site brewery.

Hraunfossar
The first few days were spent exploring the Snaefellsnes Peninsula on the west side of Iceland. We started with a stop at Hraunfossar Falls. It’s actually a series of waterfalls which pour into the Hvita river. Right away I knew this was going to be an epic trip for photography. The streaming water against the black lava rock made for some fantastic images.

Londrangar
The Iceland coastline is littered with extraordinary scenes, but perhaps my favorite area was the Londrangar basalt cliffs. People can walk up and down these cliff edges and peer down into the sea. Caution – not a great place to be for people with fear of heights.

Arnarstapi
Not far from Londrangar is the small town of Arnarstapi. It’s most famous for the Arnarstapi arch, but I found the basalt hole in the ground to be the most intriguing site in this area. There is a myriad of hiking trails that lead to all kinds of natural wonders, plus a small port in the town that is still used today.

Kirkjufell
After that wonderful stop, we headed north towards the Kirkjufell mountain. This is likely the most photographed location in all of Iceland. The classic shot of the waterfall below the mountain is what every photographer is after, so I indulged. However, a short walk to the nearby lake presented what I thought was a much more compelling scene, which were ice cracks formed in the foreground set against Mt. Kirkjufell in the distance.

Budir
Our final location on the Snaefellsnes peninsula was at Budir, a small-town home to the famous Budir black church of Iceland. The wood is coated in tar for weather protection, which gives the exterior it’s black color. This creates a stunning image at sunrise if facing the sea, or an equally beautiful image facing west with the mountains in the distance.

Dyrholaey
The next day we set out on a lengthy drive to southern Iceland. The entire country is like one big national park, so the drive was very enjoyable with so many waterfalls and mountains to gaze at. We arrived at Vik to spend the evening. Near the town of Vik are the Dyrholaey cliffs and famous Dyrholaey arch. A short windy road leads to a bluff with stunning 360-degree views. The only problem here was trying to determine which scenes to photograph while the light was still good. Too many options.

Skogafoss
Up to this point, the nights had been mostly cloudy so the aurora borealis could not be seen or photographed. However, our luck was about to change. The forecast was for clear skies that evening so we headed to the Skogafoss waterfall to hope for a light show, and we got it. After waiting for an hour or so, our patience paid off as the skies started to glow and then erupted. The peak lasted for about half an hour, and we all went home happy campers.

The next day we returned to the Skogafoss waterfall to get some more dramatic images. This time I wanted to include a person in the photo to convey the scale of this waterfall. Everything in Iceland is big.

Fjaorargljufur Canyon
A quick stop at the Fjaorargljufur Canyon was in order, and we happened to hit this location during a snowstorm. The hardest part about taking this shot was trying to keep the camera lens clean from the flurry of snowflakes coming down.

Vestrahorn
Arguably the most picturesque location in Iceland is Vestrahorn mountain. We spent most of an entire day here, and that wasn’t near enough. We arrived before sunrise to try and catch the alpenglow hit the mountain peaks and were not disappointed. Our Iceland guide Thor mentioned he hadn’t seen the conditions so good for photography at this location in months. Sometimes you just get lucky. After sunrise, you can head down to the beach and get reflections in the tide pools. If you go to Iceland, don’t miss this spot.

Ice Caves
In November of 2018, the photography teams could not enter the Iceland ice caves because of the warm autumn temperatures. The ice was still unstable and too dangerous to enter. Fortunately, that was not the case when we went. A short thirty-minute hike with cramp-ons was all that was needed to get to the entrance. This was my first experience in an ice cave, and it’s even more dramatic and intense than what I imagined. It’s not something I would recommend for those who are claustrophobic, but something not to be missed for nature photographers. There were sections that required a near crawl to get through, but well worth the effort.

Glacier Lagoon and Diamond Beach
Diamond Beach was one of the main reasons to visit Iceland. There’s no place else on earth quite like this. As the Iceland glaciers creep closer to the sea, they begin to carve off into icebergs. Jokulsarlon Glacier Lagoon holds these icebergs and transports them to the North Atlantic Ocean. The icebergs then get pushed back on to Diamond Beach from the tides, resulting in a few miles of ice on the black sand beach. We visited Diamond beach on three separate occasions. Each time was vastly different as the conditions constantly change. I was a little surprised at how treacherous this could be. The ice boulders can range from the size of a small boat to just a few feet wide, and they are constantly moving as the tide ebbs and flows. You definitely have to keep aware of your surroundings and be prepared to move fast at this spot.

Final Day
All good things must come to an end, including this once-in-a-lifetime trip. But on our way back to Reykjavik, we made a few last stops. The first stop was a short hike to the Kvernufoss Waterfall. Just another ho-hum drop-dead gorgeous waterfall in Iceland. Hiking out from Kvernufoss was fun too, since the Icelandic ponies decided to pay us a visit. A few of them decided to play as we stopped to photograph them.

Our very last stop was also our wettest. This is the Selijalandsfoss Waterfall. There is a path that leads behind the waterfall and the spray is quite heavy at times. There’s no possible way from getting soaked, so not everyone in the group participated in this adventure. Of course, I decide to walk the path, and was able to get in a few shots between showers. Our final evening was spent in Reykjavik at a few local pubs, including an Ice Bar. Another “first” for me on a trip full of “firsts”. 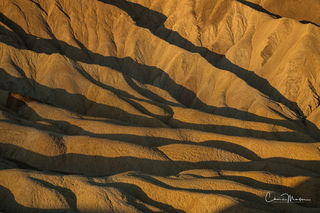